Lets face it. Most of us don't have "Hollywood Star & Lights" worthy names. Matter of fact almost all know musicians, artist, actors, creatives new and old have changed their names!

Artist like Rihanna, Bruno Mars, Katy Perry and many, many, more in the entertainment business! Some do it because it has a better ring to it than their birth name (Hollywood star worthy), some do it to take on a new identity with an alter ego, and maybe a few other reasons.

Given, we've all heard of the luxurious and famous French designer and brand CoCo Chanel. We've seen or own Chanel purses, clothing, make-up, shoes, and most commonly known the perfume. Aside from the brand being not only trademarked and branded for decades now, CoCo Chanel also started her career off as a singer. Although, it was a brief escapade for her advancement in the spot light, all the roads lead to an established brand and name that cannot be copied.

Given the birth name "Chanel Montgomery", named Chanel by her mother, after the great French designer, the name KoKo Chanel derived from others referencing the designer whenever addressing her. For a little more pizazz and flavor the "C's" were replaced with "K's".

Koko Chanel released her first debut single "How Much" (2015). After the response and encouragement from supporters, Chanel decided to pursue her passion for music in singing and songwriting, and release more music for those who were anxious for a new sound for RnB music.

With much debate about her name being "Koko Chanel", and the difficulties and obstacles that would come due to established, and world renowned brand for the original "COCO CHANEL", she decided a name change was more than necessary.

(Just a little backstory for reference), Chanel history and childhood was full of abusive in many forms, which naturally produced a long history of brokenness, timidity, and co-dependency. However, the realization of the aftermath only prompted her to overcome the disillusion that is breed from such cases. Struggling with many areas of decision making, deciding on a name that fit her, as well as a name that she wanted to be sure others would accept, became an additional struggle but evolved from an obstacle into a foot stool, in pursuit of conquering the fears of acceptance that were deeply rooted.

Chanel did much research for days, hours, weeks, and so on, looking for the perfect new name for her stage and music persona. Although it may seem light to others to simply just pick a name, this became an internal battle of turmoil for Chanel. Daily she would send new name combinations to close friends and family, trying everything from writing her name in different languages, finding meaning behind her name... (which "Chanel" is of French origin meaning "pipe or canal", and "Montgomery", also of French origin means "mountain belonging to ruler".) ... (No offense to her mother for her name choice, nor her father for his given surname), trying to find unique names and ways to describe and convey her character attributes and so many other failed executions.

"Light bulb moment"... Chanel thought of her passion to hold on to the remnants of the little joy and light she did experience as a child, through her love of Disney movies. Chanel always had a unique passion for the intriguing names of all of the side-kick Disney characters like Zazu, Timon and Pumbaa, Ursula, Sebastian, Baloo, Rajah and so many others. So she thought of one her favorite Disney movies "The Lion King". Simba's sidekick in the film "Nala", the young lioness was fierce, wise, girly and fearless. Many of the traits of Nala, seemed to resonate with Chanel's character. Along with deciding "Nala" surely had to be apart of her name in some form, she figured it was missing a piece to make it unique and proper to fit who she truly is and is becoming.

With the name "Nala" representing something fierce, strong, and brave, she needed something that represented a deeper part of who she was, and ultimately wanted something that would represent the music she would produce and where it derived from. With a past of abuse, healing takes time, care and patience. Much like removing the thorns from a beautiful and delicate rose.

A rose is a flower to be admired. It's soft and fragrant, valuable, and honored, yet the process of its growth (in reference to most things that grow from "dirt" or unfavorable circumstances - metaphorically) is a widely used reference, when speaking of overcoming obstacles in life, as is the outcome of pressure creating diamonds.

With this understanding, the list of depth behind the meaning and relevancy in comparison of both of the names combined, was a remarkable representation of who she was, is and is becoming.

In conclusion, she searched the name to make sure there was non found like it, and decided to adapt to her new found persona, "Nala Rose". 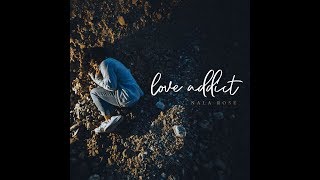 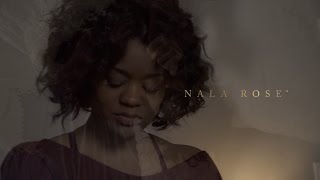 WAL // WHAT ABOUT LOVE VIDEO RELEASE 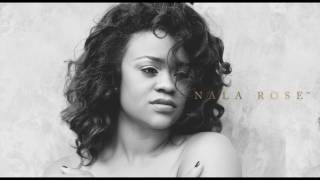 NEW MUSIC // SINGLE "HOW MUCH"